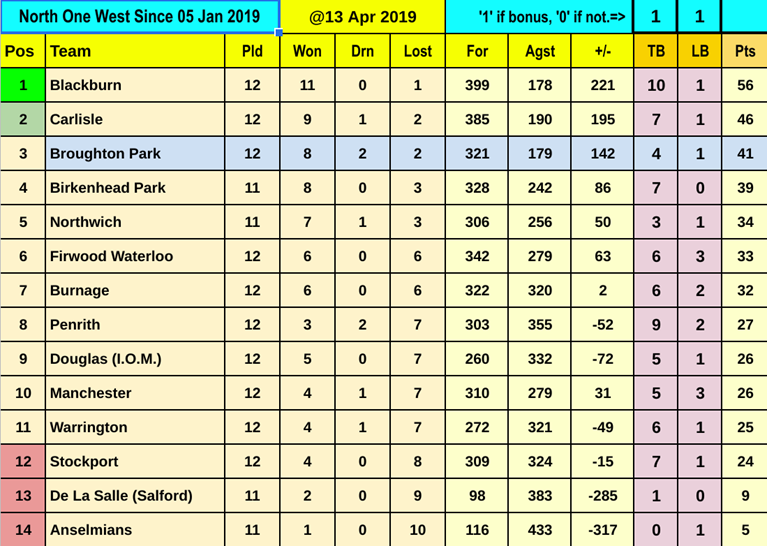 The table above shows the last 12 games since the New Year. 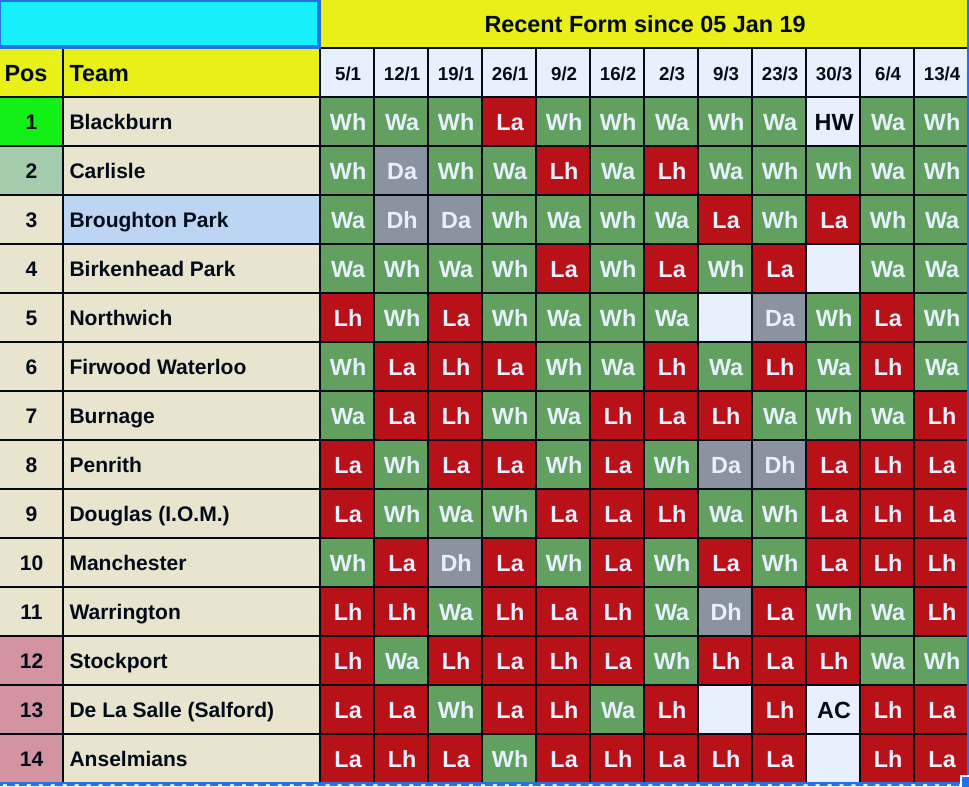 There are just two games left to play in the league, neither of which will have any bearing on promotion and relegation issues which have already been decided. Carlisle are promoted and Blackburn have a home play off game against Scarborough who are going for back to back promotions.

Manchester join Anselmians and De La Salle being relegated. Manchester I'm sure will bounce straight back.

Yesterday's game versus Burnage was important game for Burnage but only if there was a freak result at the Manchester v Waterloo game with both teams getting a bonus point with a draw. Burnage made it academic with a last minute try to gain a bonus point. Up until that point Park's defence had snuffed out all Burnage's attacks. The try count was 3 to Park and 1 to Burnage. Burnage also put over 3 penalties.

Park have the best defensive record in the league.

Park's achilles heel has been the bonus points scored with only Anselmians and De La Salle getting fewer bonus points.

The current table and latest results are shown below. They are scraped directly from the RFU site so may take time to load.